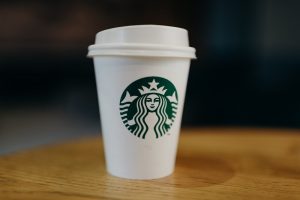 The first way to Create the Agenda is called “Competitive Creation,” which refers to creating a totally new virtual market or “space.” Starbucks became the dominant coffee chain in the world by literally — and figuratively – creating a new space: “The Third Place” between home and work in America.

Everyone assumes Starbucks wins with branding, especially since the company’s brand name and branded coffee cups are ubiquitous. In fact, during its first 16 years, Starbucks tried to win by playing the brand game by differentiating its roasted coffee but failed. The company was only adding one store per year.

In 1987, Howard Shultz bought the company and immediately changed Starbucks’ branded coffee game to “The Third Place.” As Shultz envisioned it: “You get more than the finest coffee when you visit Starbucks. You get great people, first-rate music, a comfortable and upbeat meeting place…. At home, you are part of a family. At work, you are part of a company. And somewhere in between, there is a place where you can sit back and be yourself. That is what a Starbucks store is to many of its customers — a kind of ‘Third Place’ where they can escape, reflect, read, chat or listen.”

Over the next 20 years, Shultz aggressively expanded the number of stores from one store per year to 1350 stores per year. By changing the game, Starbucks has become the world’s dominant coffee chain and is nearly three times the size of its next biggest competitor.